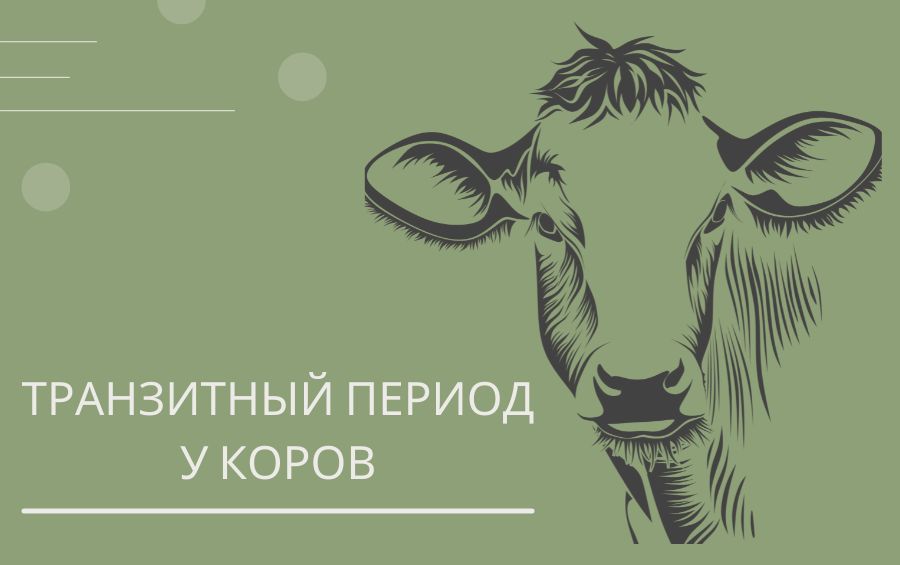 An important stage in animal husbandry is the transit period of cows – three weeks before and three weeks after calving.

It is at this time that the animal experiences physiological stress caused by hormonal and metabolic changes in the body.

Very often, farmers do not pay due attention to this period, trying to save financial costs for its implementation. This is fraught with a whole train of problems – often these are birth and postnatal complications (inflammation of the uterus, obstructed labor, ketosis, acidosis, milk fever, fatty liver). The result is a decrease in productivity or culling of the animal.

The main task during the transit period:

– a smooth transition from a low-protein ration of dry cows to a highly nutritious feed during lactation;

– preparation of the gastrointestinal tract and rumen microflora for changes in the structure of the ration;

– stimulation of the resistant properties of the animal.

– control over the fatness index for the transit period – (optimal 3-3.5). If the body condition index increases by every 0.5 points, the likelihood of developing ketosis is 2 times relative to the previous values.

– the closer the time of calving, the less feed is eaten by the animals. It is necessary to use only high-quality feed, and not to allow a decrease in energy in the ration of less than 6.7 MJ per 1 kg of dry matter.

Effective ration for cattle during the transit period:

– concentrates, while the moisture content of the ration should be no more than 55%.

Should be excluded from the ration:

– brewer’s grains, since these types of feed can provoke abortion.

It is important that the structure of the cattle’s ration two weeks before calving coincides with the ration of the first days after the calving period, this will make it possible to quickly and painlessly adapt the animal to eating feed for the next lactation period.

During the transit period, both underfeeding and overfeeding are dangerous. Arrogant feeding can provoke early, before calving, milk synthesis, and this in turn – mastitis, paresis, difficult calving, etc. During this period, cows have an increased need for vitamins, macro- and microelements – not only the health of the cow itself, but also the offspring depends on their content in the feed.

Criteria for the correct maintenance of cattle during the transit period:

It is important to take into account that the approach to the transit period is comprehensive, since mistakes at this time lead to large monetary losses.